'Mortgage of Burrows Lea and other leasehold premises at Shere in the county of Surrey to secure £8,000and interest at 4% per annum.

Signed, sealed and delivered by Arthur, Temple, Felix Clay in the presence of Thomas Matthew, clerk to Mear, Mason and Dudley of 1, Southwark Row, London.

Received the day and year written from the within named mortgagee, the sum of £8000 being the consideration money expressed to be paid by them to me, made 23rd February 1877 between Arthur, Temple, Felix Clay of Burrows Lea in the county of Surrey and Roland Barclay of Bury Hill, Dorking, Frederick Barclay of Bury Hill and Robert George Arbuthnot of 25, Hyde Park Gdns Middlesex. indenture of lease dated 24th March 1874. Lease of 80 years.'

The freehold was purchased at a later date and registered at the Land Registry No.SY 14745 but no further details are available.

Sir Arthur Clay was born in 1842. He became a barrister and married into the Barclay family of Dorking. It would seem that the Barclay family owned the land on which a mortgage was granted and upon which Clay built the house. While the house was being built Clay rented a property in Lawbrook Lane, Peaslake where he was a near neighbour to Benjamin Leader, an artist who lived at 'Burrows Cross'. Clay himself was an accomplished artist and exhibited in London galleries between 1874 and 1900.

The Census of 1881 records the owner and inhabitants of the estate on the day of the 'count'.

Clay died in 1928 and was buried in Shere Churchyard. 'Burrows Lea' had been sold before his death and we may assume that the estate was bought by Sir Herbert Barnard but the date is not recorded and not details of the family have been found.

However, the Census for 1891 for 'Burrows Lea' records,

In 1920 Sir Hubert Gough purchased 'Burrows Lea' and he and his family moved in on 10th June. He stocked the adjacent farm with a herd of pedigree Jersey cows and with pigs and chickens. The house was extensively used and house parties were held almost every weekend. A room was set aside for use as a theatre and a small stage was installed. Gough had very little capital left after all the initial outlay, the farm was not very profitable and his extravagent life-style caused him to embark upon a commercial project to improve his financial standing with his cousin, Arnold de la Poer and an American named Wheeler he set up a trading agency dealing, initially, in wallpaper paste and, later, embracing other products.

In 1922 he launched into a political career and stood as Liberal candidate for Chertsey in a by-election. After his defeat he returned to 'Burrows lea' to find that profits from the farm were low and the trading company needed more capital. Eventually, he sold the estate including the farm in 1927. Jeremiah Colman of the mustard family may have been the purchaser. I have contacted Colman of Norwich but they have no knowledge of private business. We do know, however, that when Harry Edwards bouth the house in 1945 the existing staff included Bill Dumbrell, a gardener, who had been in the service of the Colman family.

I understand from Felicity Medland, daughter of Harry Edwards and author of 'A Slice of Life', that, at some time, the house had been owned by a sculpter who built what was subsequently known as the games room with a balcony from which to view his work from above. No date has been found for this owner.

The next known owner was Silas Manasseh who purchased 'Burrows Lea' in 1938. In 1940 it was requisitioned by the Canadian army and when it ws returned to him in 1946 he decided to sell it.

Harry Edwards' sister, Ivy, and her second husband, Alfred, and Harry Edwards and his wife, Phyllis, had decided to sell their respective houses, pool their resources and buy a large house where healing could be carried on. Ivy and her son, Alan, went house-hunting in Surrey and discovered ' Burrows Lea'. The family visited the owner who was asking £11,000 for the property. Harry Edwards offered £8,000 and this was accepted without  quibble. A mortgage of £4,000 was arranged and the Edwards family, Ivy and Alfred, Harry Edwards'mother and sister Dorothy took up residence. Dorothy, however, lived in a caravan in the grounds in order to preserve her independence.

When asked why he had purchased such a large property Harry Edwards replied that he had been 'pushed into it by his spirit guides who had decided that he needed the quiet of the countryside that this particular property gave' ('Born to Heal' by Paul Miller).

With the arrival of Harry Edwards the ethos of the house changed. Whilst still being very much a family home, it also became a home of healing. The billiards room became the Sanctuary, which was extended to its present size just before Harry Edwards' death in 1976. The games room was used for old time dance sessions held by Phyllis and former stables became the Chauffeur's home. Typists and clerical staff were recruited from the village and family members assisted with healing. Transport for visitors was provided from Dorking and Guildford railway stations. Domestic staff included a gardener, Bill Dumbrell, Mrs Lena Beech, full-time cook and, later, Howard and Gwen Hill, chauffeur/handyman and clerical worker.

In 1967 the 'Harry Edwards Spiritual Healing Sanctuary, Shere, Surrey' received charitable status from the Charity Commissioners and arrangements were made to ensure that the Sanctuary would be preserved as a centre for spiritual healing for all time.

Harry Edwards died in 1976 but Ramus and Joan Branch carried on the healing work assisted by Vincent and Jean Hill, supported by the part-time staff of in-house and home-working typists. In 2003 Ramus and Joan retired. Since then the house has undergone structural changes and the role of 'Burrows Lea' has been augmented by the addition of hotel accommodation and conference facilities.

Nevertheless, the Sanctuary still remains a centre for healing, The memory of Harry Edwards lives on and people from across the world still seek and receive distant and contact healing. 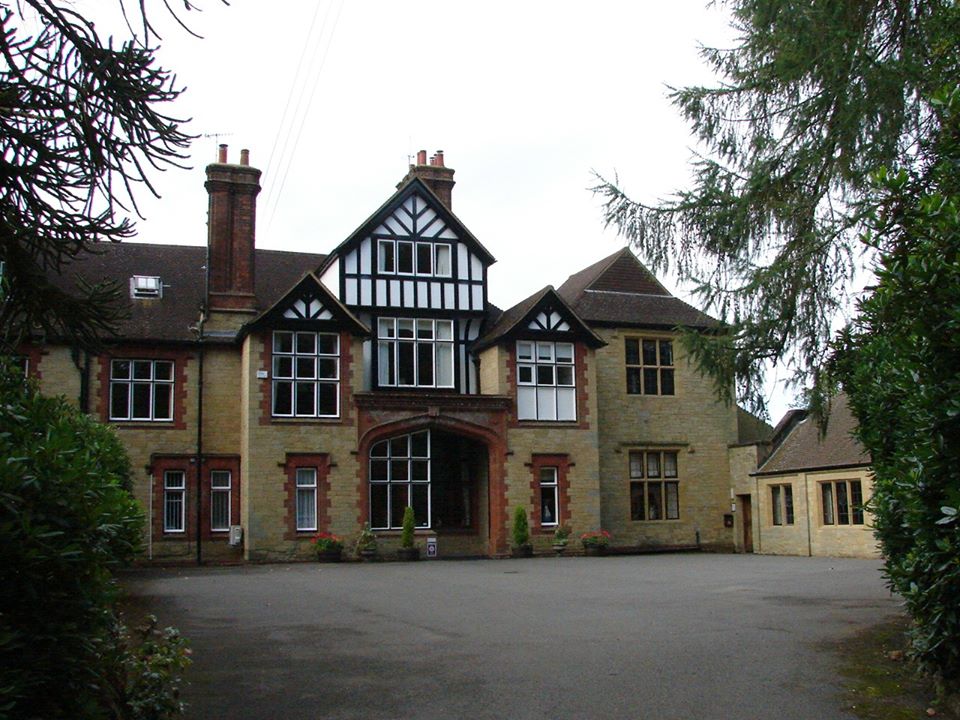